The Tip of The Iceberg 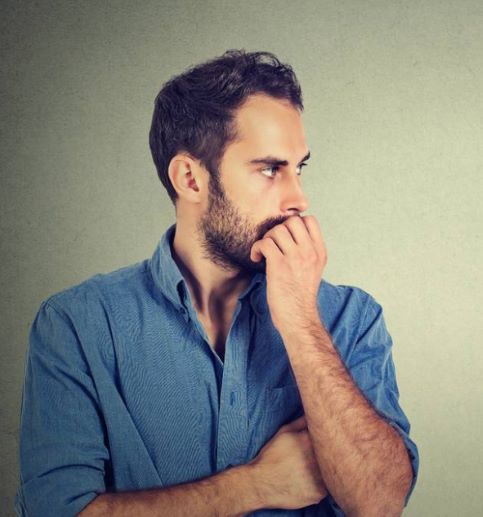 One month ago Anthony was excited about his promotion to Head of Business Development, after five years of hard work as Senior Engineer in a management role. It was a big opportunity, significant pay rise and recognition for his hard work and commitment to the business. Now Anthony feels deflated, confused and frustrated. He often felt sick on the way to work.

For five years he has worked right next to Steve, who led Project Management. They got on well enough as peers, but Steve’s attitude suddenly changed with Anthony’s promotion. Steve started ignoring Anthony. He’d leave and say goodbye to everyone but Steve.

There had also been opportunistic attacks, where Steve would belittle Anthony’s activities. He’d make passing comments about work priorities being “wrong”, sometimes directly to Anthony and sometimes to other colleagues within Anthony’s hearing. Was Steve undermining his new appointment, Anthony worried? He appeared to be dividing staff into different camps, with one group aligned with a view of the promotion as unfair and unreasonable. Anthony was stunned.

During my meeting with Anthony, I asked “had Steve had conflicts with other staff?”. Anthony paused. Two years ago, Steve had been in a significant conflict with Max, who was assertive, proactive and ambitious. It was sort of known around the office that Steve hated Max. Nothing was done about this, because the CEO, Keith, wasn’t a ‘people person’. Keith wanted people to be adults and ‘sort things out by themselves’. Unsurprisingly, Max left the company.

In exploring this situation further, I asked if Max’s position would highlight gaps in Steve’s performance, or knowledge? Did Steve present himself as superior and a high performer, although anxious and defensive?

Anthony sat up straight, a lightbulb moment. “Yes!” he said. Steve seemed sort of passive-aggressive, insecure at times, super-confident the next. Anthony went on, “Steve talks around in circles at meetings, doesn’t always have critical information available on time and avoids committing to deadlines.” I questioned further “Does he personalise issues, like the conflict with Max?” “Yeah … often. But I’d never thought of it that way before.”

Anthony felt he was well on the way to becoming Steve’s next ‘target’.

I suggested to Anthony that these were performance management issues. Workplace civility is about respectful relationships, professional behaviours, compliance with policy and procedures, teamwork values – weren’t these listed in the company values and expected behaviours? Sadly, too many workplaces do not address workplace incivility directly before it escalates into significant and costly conflicts, poor morale and productivity loss.

Anthony set up a meeting with Keith and I explored with both of them, how to address these issues before the business became divided into factions. While Keith was initially reluctant, he soon understood that Anthony was really suffering and he might lose a valuable employee. With some more data, it was clear Steve’s behaviours had impacted the business’s bottom-line and Keith realised the extent of the problem. Staff had witnessed his treatment of Max and his ostracism of Anthony and morale had plummeted across two whole teams!

Keith needed help to proactively assert the business cultural values and align this with productivity. We focused coaching on reinforcing the company values and Code of Conduct, setting limits for misbehaviours and increasing Keith’s skills in reading the workplace conflict ‘temperature’.

The strategy was crucial:

The outcome for Anthony was positive. He now had skills, support and a structure to directly address behaviours with Steve, and his confidence and engagement increased. He was finally happy in his new role.

I helped Keith focus on the acceptable limits of Steve’s behaviour. This would be an exercise in containment, not seeking Steve’s insight, or motivation. The challenge was that Steve didn’t seem to think he had breached policies. Keith now understood that high conflict people can be very resistant to feedback, or restrictions. It was critical to:

Leadership has its challenges. A CEO is responsible for workplace performance, but too often executive management avoids paying attention to monitoring workplace incivility and dismiss the impact on the emotional well-being of their employees.

It is costly to ignore what may appear to be minor workplace conflicts, but which in fact are just the tip of an iceberg of discontent.