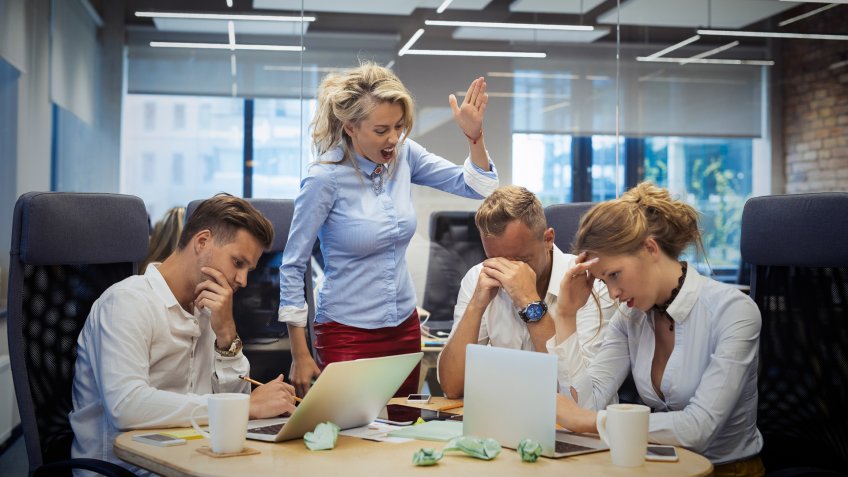 I met Janni when she was at her lowest. She wanted to quit and run away from a job she loved, but that was set in an awful environment. Her health was impacted and she was miserable. Janni was 2IC in a large Early Childhood Centre. She felt that going to work each day was like walking on eggshells. Yet somehow, as difficult as things were, she knew that would only be cheating herself if she left.

Janni said she’d clearly had a charmed life until now. She had always had line managers who were confident, accountable and positive leaders. She had never been very assertive, always gone along with the least line of resistance. The situation with Sara was extraordinary and overwhelming.

Sara is well known in the industry as a micro-managing Director, difficult and down-right rude. She moved from Centre to Centre before her current position. Sara is extremely organised and yet chaotic at the same time. She works long hours, often coming in on weekends. She doesn’t seem to have much of a social life. She wants perfection, even though she is her own worst enemy. The roster is a huge point of control for Sara.

Sara is inflexible in her decisions and she doesn’t change her mind, or court other’s opinions, even when there is evidence she might be wrong. She makes erratic decisions and changes her rules without warning. She doesn’t forgive, or forget. Sara will shout at staff in the public corridor without a thought and often makes vaguely racist remarks about staff names that are too hard to pronounce. Sara is moody and resentful. Her emotions escalate rapidly and without warning. She is constantly stressed and reactive and she has told Janni never to contact after work hours.

Sadly, staff felt HR weren’t really interested in their complaints. This was doubled by their fears of retaliation, since these risks felt very real. Janni felt exhausted in this hostile environment, trying to manage her team’s well being and fielding yet another resignation. Staff turnover was the highest in the corporate group.

In coaching we worked on reading Sara’s behaviours and tactics, preparing Janni to be more comfortable with discomfort and building up her conflict confidence. Janni wanted to make a difference.

The tipping point came when a staff member rang in sick for the early shift and Janni organised a replacement, as per normal procedures, since Sara’s instructions were not to contact her outside of work hours. But when Sara arrived she sidelined Janni in the hallway and yelled at her “So how long have you two been planning this? Just when did she call you, what did she say? When did you have time to have this all so organised?” Before Janni could draw breath, Sara changed tack “Do you realise how hard this is, how much I have to worry about now? No, you wouldn’t would you!” Sara stormed off down the corridor.

Janni was stunned and totally humiliated. Sara’s behaviour was outrageous and ridiculous. Almost in tears and torn between being upset and being angry, she felt a tingling in her scalp. She chose to use her anger.

Janni told me “I said to myself, she can’t keep doing this, not to my colleagues, not to me! If I don’t act now I will talk myself out if this. I’m going to use this adrenaline well!”

“I had to keep my dignity and the emotional stakes were high. I decided to make a difference right there and then. I had to lead this conversation. I had to set the tone and make sure I wasn’t dragged into any another direction.”

Janni took a deep breath and found Sara. She looked directly at her and spoke firmly “I’d like to talk with you now.”  She walked with Sara to a neutral, private location and said “I understand you are really upset by what happened with staff arrangements however…”

Janni couldn’t finish her sentence before Sara interrupted “I didn’t mean to get upset. But you have to understand that I now have to change plans. I don’t think she’s really sick. She’ been acting differently around me. I just can’t understand why she didn’t approach me first.” Janni took a deep breath, lowered her tone and said firmly “I think she would be worried you were going to have this sort of reaction.”

Sara rushed in again “I know I can be a bit abrupt, but if people won’t come and talk to me I can’t help them if I don’t know what’s wrong” and she started to go off on another tangent. Janni stopped her and kept the focus on a future outcome. “I understand. I think we need a clear plan of action in future about roster changes when managing sick-calls for the early shift.” Sara said “I have to know. I have to be informed! I’m hoping this won’t happen again.”

Jani didn’t buy into this. “OK, if you want me to talk with you after work hours I will. What happened this morning was really unfair. We have to look at how we resolve these situations without any drama. The staffing was solved this morning without any problems. This should be reassuring. We need to focus on this. We are an effective, capable team.” Sara went quiet, withdrew and started rearranging things on a benchtop. Janni decided not to repeat herself, she didn’t want Sara to feel more defensive than she already did. Sara then walked away without further comment.

Janni told me “I walked away afterwards and felt calm. Other staff were shocked I had spoken with Sara. No one does that. But I had. I appreciated this was confronting for Sara and so I kept some distance for a few days. I was consciously polite and a little distant too.” Janni said what had made the difference was tailored coaching. “I’d done workshops before, but it was mostly theory and not change behaviour.” It was so important that in coaching I learnt to have every confidence in me. So in reality I felt empowered because I really wanted to do something about this situation.

“I could look at the whole situation from a wider perspective and knew what I needed to focus on. I had a strategy, I knew to acknowledge Sara’s emotions, but not get caught up in these. I wouldn’t get stuck on detail, or minor issue. I was outcome-orientated and I was determined”

“I now know I can step up, without being overwhelmed, or without retaliating. Before I felt ‘you’ve got to match the force they come at you with in conflict’. It frightened me, because I felt I’d just make things worse.”

Janni says her relationship with Sara is better now, because she is determined not to be intimidated. She is also a positive influence for others. “So much has come out of this for me that I didn’t know I had within me! I can now model strength and encourage others. We’re making positive changes. I also now coach my own team members more openly and confidently. And what’s more, I don’t want to give up my job now.”

“I’ve learnt so much about myself. I can use this energy in my life in so many ways. I never thought facing this situation at work would be motivating, but it is!”

Dealing with difficult people requires you to: